More than 20 sites in a marine protected area

AMPHITHÉÂTRE
Depth from 12m to 40m
A reef with steep walls whose plateau borders a large hollow wall in the shape of a basin similar to an amphitheatre. Divers swim along the wall to the north, then return to the sandy top reef. All along the way, they will be able to observe seahorses and decorative spiders among the multiple gorgons of the wall.
Species to discover: Big-eyed trevally, blennie zingaro, green moray eel, long-nosed seahorse...

HOLE IN THE WALL
Depth from 10m to 40m
A reef wall with a chimney that descends from the top of the wall to about 30M deep before separating into two large areas of tabular corals. The top of the wall is a good place for
find hamlets. There are 5 different types on this reef: shy, single-coloured, black, marbled and indigo.
Species to discover: Yellow snapper, blue snapper, creole dory, black moray eel, royal lobster, marbled hamlet... 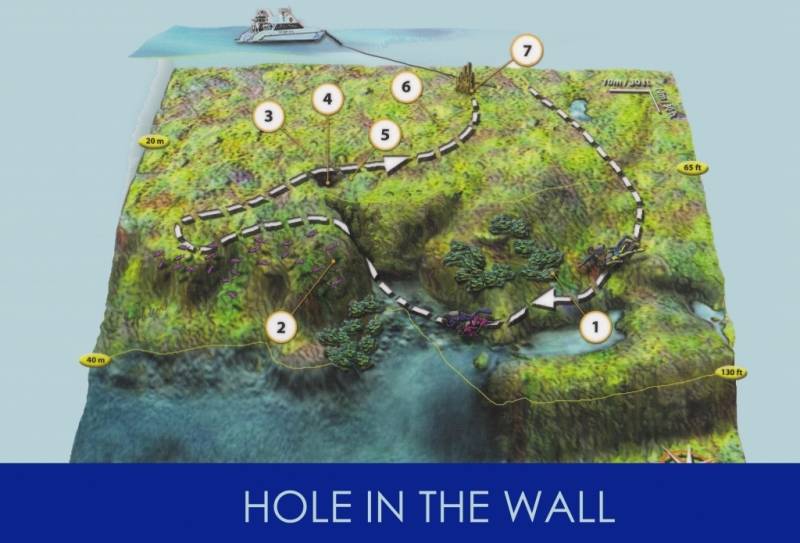 CORAL STAIRWAY
Depth from 12m to 40m
A magnificent reef that starts from the north in a series of deep, steep and sloping channels, then extends into a slightly sloping area covered with tabular corals. The top of the reef is fairly rough and offers a multitude of hiding places for rare fish species such as hamlets and common soaps.
Species to discover: Four-eyed butterfly fish, caye captain, golden-headed puppet, grey angel fish, indigo hamlet... 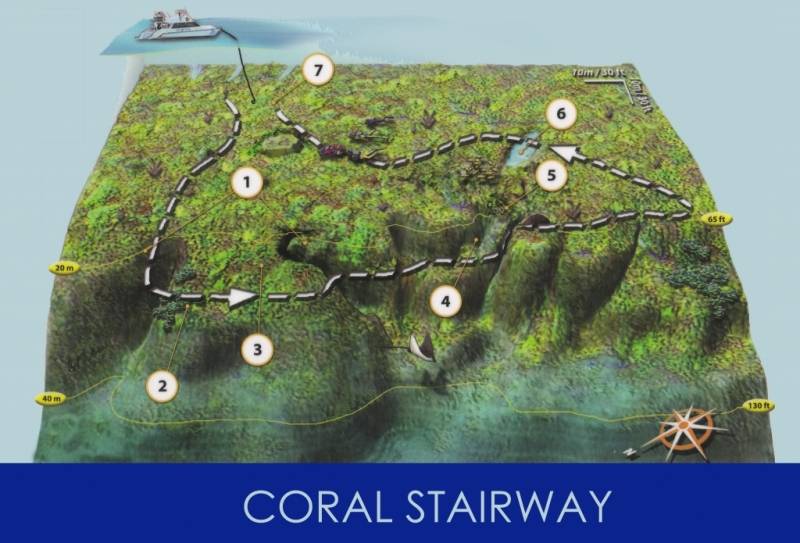 THE CRACK
Depth from 15m to 40m
Here is a wall of the reef with a steep slope interrupted by several large vertical cracks often containing large crabs or nocturnal fish. The deeper parts of the reef display tabular corals, while the tortuous interface between the sand and the reef along the top of the wall creates a complex habitat that is home to a wealth of marine life.
Species to discover: butterfly fish, porcupine, barbarin, spider crab, lion fish... 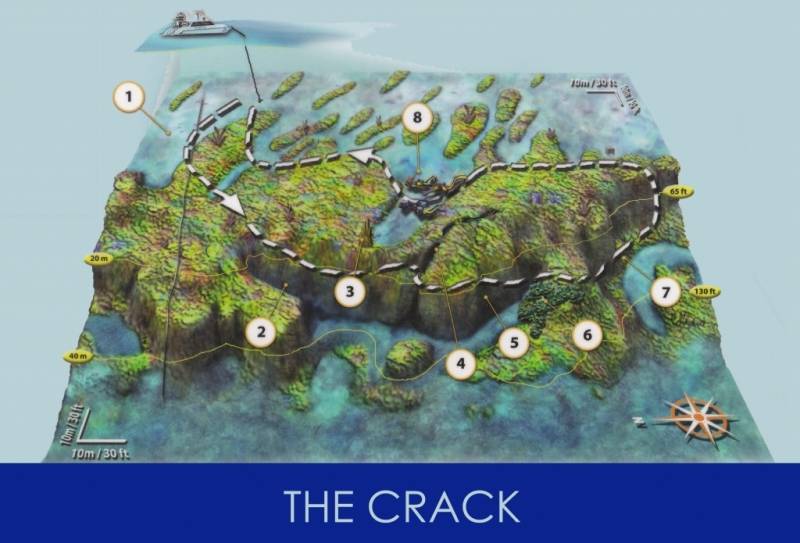 AQUARIUM
Depth from 12m to 40m
A slightly sloping reef with numerous rock grooves that extend from the deepest part to the top shelf and dotted with numerous cracks, holes and ledges where lobsters shelter
and nurse sharks. Digitized porites are also common in this area and attract multiple juvenile fish seeking shelter among their branches.
Species to discover: trumpet fish, Batfish, nurse shark, royal lobster... 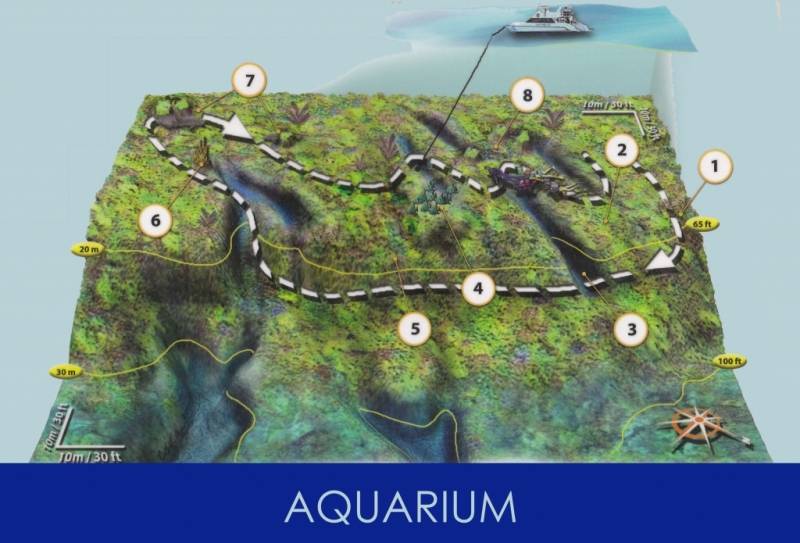 PINNACLES
Depth from 5m to 32m
A shallow site at Grace Bay with numerous corals and a distinct interface between sand and reef, dotted with canals, fissures and corridors that support several organisms. The wall of this site is gently sloping to the bottom where the reef meets again a sandy ground.
Species to discover: trumpet fish, French angel fish, nurse shark, Nassau grouper, lion fish... 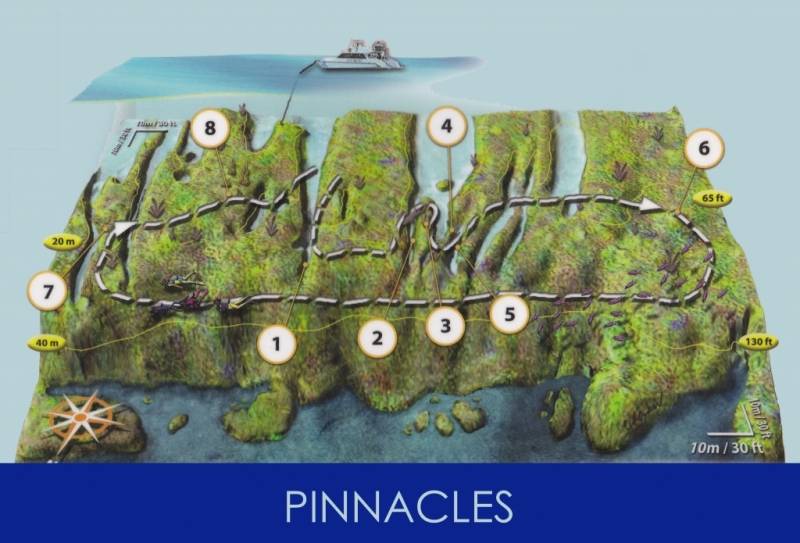 CHIMNEY
Depth from 18m to 40m
This site owes its name to its natural chimney located in its center. The wall consists of 2 large landings before the reef plunges into the depths. The first is located at 13m while the second is at 30m. These deep walls attract many Caribbean sharks that roam to the deepest points.
Species to discover: Giant anemone, royal triggerfish, Caribbean sharks, American stingray, tench, royal angel fish... 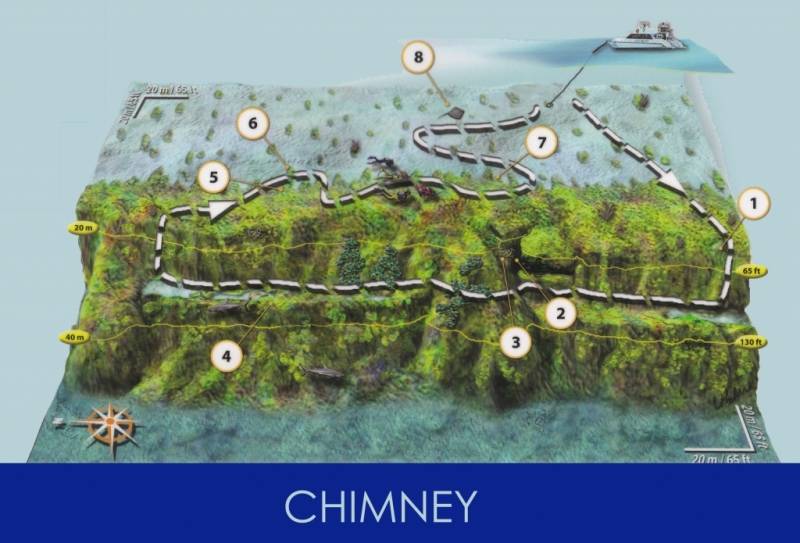 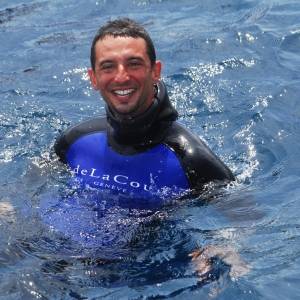 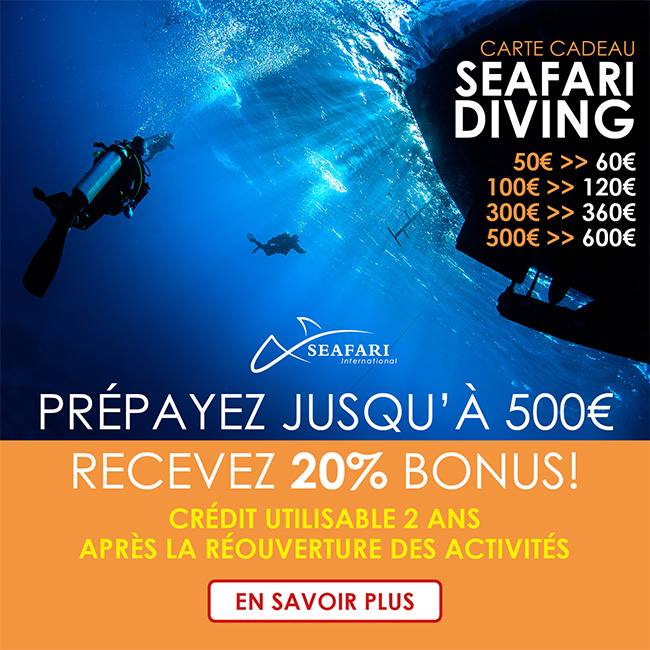